Reviving Our Rivers, Embracing Our Ties

Rooting for the Finless Porpoises in Yangtze 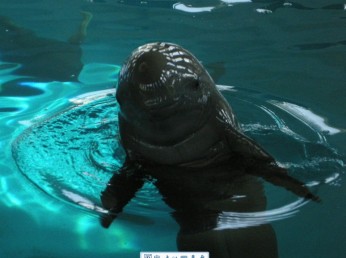 Can we turn around the clock for human impacts on our environment? In a last ditch effort, the Chinese authorities and wildlife conservationists are hoping to accomplish just that for the finless porpoises  inhabiting the Yangtze River. And Rivers of the World is more than excited to lend a helping hand through our volunteer activities with the river in Wuhan, China. As per World Wildlife Fund, these sole freshwater porpoises are roughly just 15 years away from extinction. So it’s a tough race against time to save these amazing creatures of the subtropical Asia!

As part of conservation efforts, the Institute of Hydrobiology at Chinese Academy of Sciences and Wuhan Baiji Conservation Foundation have launched an awareness campaign by running Porpoise Watching Cruise Trips. Through sightings of the finless porpoises, these trips are aiming to draw attention of the tourists, public and fishermen to the plight of these animals.  Often these animals are found dead off the shores from excessive fishing and use of harmful methods such as trapping nets and electric gear. The worsening water  quality of the Yangtze from pollution and sewage discharge is also partly to be blamed.

These Porpoise Cruise trips are conducted around the confluence of the Yangtze River and Poyang Lake,  where about 450 porpoises have been counted – the highest density found in natural waters.  With the help of a team of volunteers and experts, hectic conservation activities are  under way to turn around the clock for these animals.

We wish them all the luck in their efforts to save the finless porpoises – yet another battle for restoring rivers!! (Read more about the conservation efforts.)